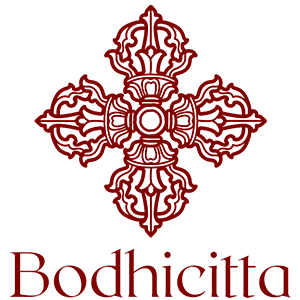 Rinpoche then joined the Shedra program of philosophical studies, first at the Great Kathok Monastery, and then at Sertha Larung, a highly renowned Buddhist Institute that at its peak could hold around 10,000 students. After many years of rigorous studies of the Five Sciences curriculum under the supervision of his main Root Guru, H.H. Khenpo Jigme Phuntsok Rinpoche. Rinpoche gained a vast and profound knowledge of the Sutra and Tantra and was conferred the title ‘Khenpo’ – an equivalent of ‘Doctor in Buddhist Philosophy’.

Rinpoche again received this title from Kathok Monastery, where he was also honored with the traditional Pandita hat of the Khenpos. Rinpoche also received all the cycles of teachings, empowerments and transmissions from more than twenty five different qualified masters and scholars from India and Tibet.

Having completed his studies, Rinpoche returned to his own monastery, opened a Shedra, and stayed there for many years to teach the monks.  Since 1996, Chamtrul Rinpoche has been teaching in numerous Buddhist institutes in India and across the Globe. Rinpoche regularly taught at the ZKL Nyingma Monastery in Dharamsala for around 10 years. Today Rinpoche teaches at the Bodhicitta Dharma Centre which has more than 4000 registered members from over 100 different countries. Following invitations from students worldwide, Rinpoche yearly travels to bestow teachings, empowerments, transmissions and lectures in places such as the United States, Europe, South Africa, Israel and most of Asia. His range of subjects includes the Ngondro, Tantric generation and completion stage practices as well as basic Buddhist Sutric and Tantric Philosophy, depending on the students’ interests and capacities.

Rinpoche dedicates his life to help people find inner peace, and is always ready to give Dharma teachings wherever they are needed. Through his invaluable knowledge and practical advice, Rinpoche compassionately guides his students toward ultimate peace and happiness. In his own words:

"Without discriminating against anybody based on their gender, race, creed and so forth, I wish them to enjoy excellent peace and harmony. I try to the best of my ability to promote the view, meditation and conduct of non-violence, which is the indispensable source for the spread and enhancement of the inner peace of mind."

Rejoice! We are delighted to announce that Chamtrul Rinpoche will resume his international travel.